The Trinity Is the Key to God's Kingdom

The First Sunday after Pentecost
.

Paul decribes the work of the Holy Trinity

Jesus explains the mysteriour working of the Holy Spirit.

Russians don't smile, at least not very often.  When I first landed in Russia, I don't think I saw a smile for my first month.  At least, I definitely didn’t see them often.  For someone who grew up in America, this was strange because everyone smiles all the time here.  So, I started to think of reasons why this is the case.  Maybe the cold and darkness stole their smiles. Maybe they are just angry people. Maybe they are just moody. Finally, I asked a Russian friend about it.  His answer was the key to understanding the Russian mentality: they value authenticity.  They don't like when people put on a facade.  So Russians don't smile because a smile shows love and appreciation for someone.  For them, this is only authentically true with someone who is at least a friend. After I understood this properly, I started to appreciate their mentality more. Eventually, I even started to smile less at strangers and smiling more at my Russian friends.  Only when you properly understand someone can you appreciate him or her.  Your appreciation is the foundation for a relationship.  So, true understanding is the key to a relationship.  As we over hearJesus's teaching, this is what we learn that a proper understanding of the Trinity is the key to God's Kingdom.

So Nicodemus approaches Jesus at night because he wants some time for a private conversation.  Nicodemus very respectfully tells Jesus, “Rabbi, we know that you are a teacher who has come from God.  For no one could perform the signs you are doing if God were not with him.”  This is true, yet not quite exactly Jesus’ identity.  Jesus is more than just a teacher.  Jesus's response doesn't seem like he is listening, because he doesn't immediately address Nicodemus’ statement.  Instead, he starts to talk about the Trinity's work.

First, he starts by explaining the work of one person of the Trinity, the Holy Spirit, to bring people into a relationship with God.  Jesus says, "Very truly I tell you, no one can enter the kingdom of God unless they are born of water and the Spirit."  Only those reborn can enter into God’s kingdom.  The Holy Spirit gives a second birth and new life, just like a mother gives birth and new life to a new child.

Jesus doesn't stop there. He continues to explain the Trinity's work but switches his focus from the Holy Spirit to his own work as the Son of God.  He tells Nicodemus that his work is to be lifted up so that everyone who believes may have eternal life.

Finally, God the Father’s role is added to show each person’s work.  The Father, in one of the most well recognized and loved passages in the Bible, shows his role as the great giver of life.  Saving people was his plan and desire.  God so loved the world that he gave his one and only Son, that whoever believes in him shall not perish but have eternal life.

So, the Holy Spirit gives life and new birth. The Son gives new life through his death on the cross and resurrection from the dead.  The Father gives life through his plan to save the world. Yet, though we are talking about three persons, God is one.  God is three and yet one.  Not only does each person of the Trinity love us so much to complete his work to bring us into a loving relationship with him, but this love is who God is.  He is the one who saves and wants to save the world.

This is above human logic, that God is three distinct persons and yet one God.  Yet, teaching the inner workings of the Trinity is not the point of Christ’s teaching.  It is in response to Nicodemus’ need to be saved.  Jesus’ teaching focuses on the Trinity’s work being the key to entering God’s kingdom.  Nicodemus doesn’t need to do anything because the Trinity does it!  He needs to be reborn;he needs to look to Jesus for eternal life (which is only possible after being reborn).  He needs to receive the benefit of all the work God has done for him. This is an entirely passive role.  This is why Nicodemus struggles with Jesus’ steaching so much, it is completely contrary to the human logic and understanding of how to enter God's kingdom.

This is why Trinity Sunday is so important.  Today, we don’t just pull this doctrine off the shelf to look over it briefly and put it back on the shelf for another year.  Instead, we remember its importance.  The Trinity is central and the key to salvation, Jesus showed this in his teaching to Nicodemus.

If the Trinity is that important to Jesus, do we treat it as such?  Or do we pull this doctrine off the shelf for this Sunday and then lose it somewhere the rest of the year?  How might we do this?  When we treat God as someone other than who he is.  When we look at God the Father and see him only as the scary judge who won’t let go of your sin OR as the uncaring grandpa who completely ignores your sin. When we think of God the Son as the moral teacher or the hippy.  When we think the Spirit leaves us to battle for salvation on our own or credit our rebirth to ourselves as though he doesn’t exist.  When we let something become unimportant, we don’t fight to protect it from all the lies that swirl around us.

Think about it, in your relationships, when you stop caring about someone, aren’t you less likely to fight the little white lies or gossip people tell you about them?  Don’t those lies end up replacing the truth in your heart so that you can’t divorce the truth from the lie?  You don’t truly understand the person anymore and lose the key to your relationship with them.  This is what the devil, the world, and our sinful minds do.  They first convince us that we don't need to wrestle with who God is. Then, when we become lax, they do their best to drop little lies in to confuse our understanding of God, which destroys our relationship with him.  This has consequences of not believing that God will truly forgive sin OR that he couldn’t possibly condemn sin, it isn’t that bad.  Or that we are good people who just need a little help to be saved.  Ultimately,these views lose out on the kingdom God has given.

So, let’s not push this doctrine to the back burner for the rest of the year.  Let’s not put it on the shelf to be revisited in a year. Instead, let’s keep it in front of our eyes.

Thankfully, for years, the church has done its best to keep who God is in front of us every Sunday in our worship service. Shortly, we will stand and express our faith in God through the words of the creed.  As we do that, we remember what God has done for us.  The Trinity is the key to God’s kingdom.  Amen. 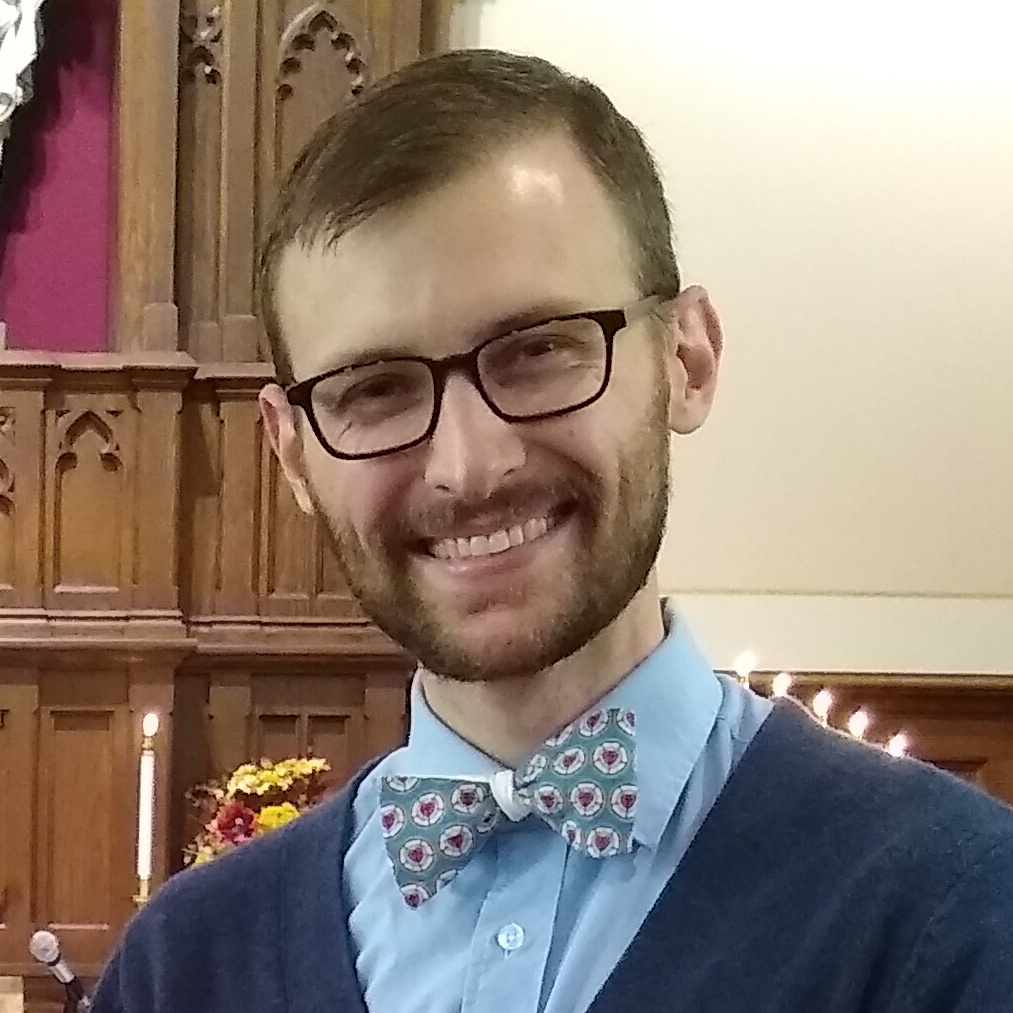 Vicar Zondag is a senior student at Wisconsin Lutheran Seminary. Although a full-time student, he assists at both Trinity and St. John’s and resides with his family in the St. John’s parsonage.

Jesus Helps Us to Deal with Death

When the Rains Fall and the WInds Howl