We believe in the Trinity: One God in Three Persons.

God the Father created us and provides for us day by day.
God the Son, Jesus Christ, saved us and forgives our sins.
God the Holy Spirit opens our minds to believe the truth about God.

The interlocking triangles symbolize the Three Persons of the Trinity.
The circle symbolizes the eternal perfection of God.

Sunday Worship at 8:30am

We, the members of Trinity Lutheran Church, united by faith in Jesus and thankful for our traditions and
friendships, have come together so that our faith may be strengthened by Word and Sacrament and that
we may share the Savior’s love with people near and far.

We believe and teach that the Holy Bible is in every word the Word of God, the only authority for spiritual truth and the only reliable guide for living.

We believe and teach that there is only one God, who has revealed himself in the Bible as the Father, the Son, and the Holy Spirit.

We believe and teach that all people inherit from their parents the disease of sin and are unable to free themselves from the power of sin and sin’s eternal consequences.

We believe and teach that Jesus Christ, the one and only Son of God, came to our world to free all people from the power and punishment of sin. He did this by taking our place under God’s rightful expectations. He presented his sinless life in place of our sinful lives and suffered the penalty for sin on the cross. Because of Jesus’ perfect obedience and innocent death, God forgives the sins of all people. He guaranteed that forgiveness by raising Jesus from the tomb on Easter morning.

We believe and teach that we cannot gain God’s forgiveness by our work or effort, but that Jesus leads people all over the world to believe in him with the miraculous power of his good news, the gospel. He has called believers to share the gospel with others so that more and more people may come to know his love and enjoy his eternal blessings.

We believe and teach that Jesus will come again at the end of time to raise all the dead and take those who believe in him to everlasting joy in heaven.

Joshua Busch grew up in Rapid City, SD, where he attended the local Lutheran elementary school. He attended public high school in Rapid City and then began his studies at Martin Luther College in New Ulm, MN. After his graduation he enrolled at Wisconsin Lutheran Seminary in Mequon and after two years of study was assigned as a vicar at Beautiful Savior in College Station, TX where he was involved in campus ministry at Texas A&M University. He serves our congregation as he completes his senior year at the seminary. He carries out the major duties in the campus ministry at Concordia University-Wisconsin. He and his wife Lillian have a son, James, age six months.

Pastor James Tiefel has spent  45 as a pastor and a teacher of pastors. After ten years of pastoring a large Michigan congregation, he arrived in Mequon in 1985 to become a professor at Wisconsin Lutheran Seminary where he taught courses in worship and preaching. Pastor Tiefel began serving Trinity on a part-time basis in 2018. Since retiring from the seminary in June 2020, he is the congregation’s resident pastor. He also serves St. John’s Lutheran Church, 1616 W. Mequon Rd. on Mequon’s east side. Pastor Tiefel and his wife Brenda have two sons and six grandchildren.

Trinity Church, like so many Lutheran congregations, was founded as thousands of German immigrants poured into Wisconsin after the Civil War. Poor but industrious farmers cleared the forests west of the Milwaukee River and began to raise crops and cattle. Soon small towns sprang up near railroad lines which carried crops to city markets. Farming families needed a church within walking distance, however, and to this day Trinity is surrounded by “country” churches that served nearby farms. That’s why Trinity was founded in 1867, and members built their first frame church in 1869. For over 50 years Trinity shared its pastors with other nearby congregations, but the congregation grew and dedicated its present brick church in 1909. When Trinity was able to secure its own pastor, members built a fine parsonage in 1929, located just south of the church. A major building program in 1969 added an enlarged gathering space and offices and enabled a complete renovation of the church.

By the 1970s times were changing in Mequon. The children of farm families were moving away and farmers’ fields were turning into business parks and housing developments. Lutherans moving to Mequon were often attracted to larger congregations with Lutheran schools. A faithful group of dedicated members remain and are committed to letting their light shine on Mequon’s west side.

Trinity Lutheran is a member of the Wisconsin Evangelical Lutheran Synod. WELS is the third largest Lutheran church body in North America with over 370,000 members attending 1,300 congregations in 49 states and four provinces of Canada. Headquartered in Waukesha, it carries out mission work in 23 countries around the world. Trinity contributes to the work of WELS with its gifts and offerings 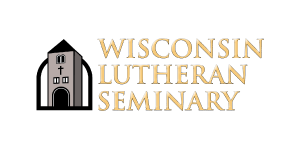 Located only two miles from Wisconsin Lutheran Seminary, Trinity welcomes seminary students and their families to worship and is often been served by students as guest preachers and interns.

For many years Trinity has supported Kettle Moraine Lutheran High School located on Division Rd. in Jackson. With some 400 students, this school, affiliated with WELS, serves families in Ozaukee and Washington Counties.

We, united by faith in Jesus and thankful for our traditions and friendships, have come together so that our faith may be strengthened by Word and Sacrament and that we may share the Savior’s love with people near and far.